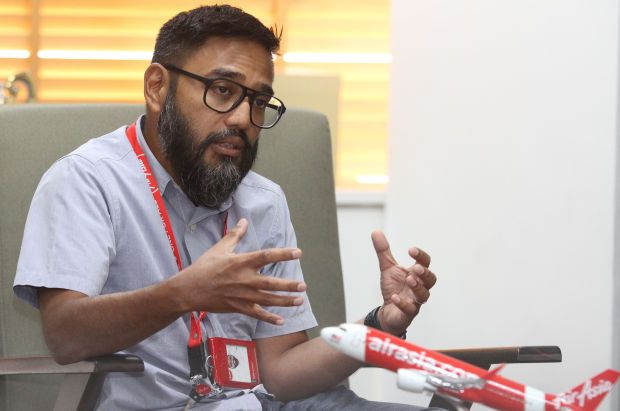 SEPANG: AirAsia Malaysia is maintaining a tally of demand for worldwide flights as borders reopen globally, particularly within the ASEAN area.

AirAsia Malaysia chief government officer Riad Asmat mentioned the demand could be dictated by how nations adapt to the present COVID-19 scenario in addition to the reopening of their borders.

“We additionally should have a look at demand, when there’s demand, we’ll clearly pursue it. Nevertheless it very a lot (relies upon) on how nations modify to the present scenario and the way relaxed they’re (in the direction of worldwide arrivals) which can dictate that demand.

“I applaud the federal government for what it’s doing. Non-quarantine touring is probably the most engaging factor for now,” he mentioned at a press convention to announce the airline’s reinstatement of six routes to India on the service’s headquarters in the present day.

With borders being reopened, AirAsia introduced that it’s going to fly once more to Bengaluru, Kolkata, Kochi, Hyderabad, Chennai, and Tiruchirappalli with 71 weekly flights anticipated by year-end with the airline hoping to attain the pre-Covid capability of greater than 140 weekly companies to and from India.

“With the reopening of Malaysia’s worldwide borders and quarantine-free travels, we wish to take this chance to welcome again worldwide vacationers, as it will present a major increase to the nation’s tourism sector and the economic system, as we did pre-pandemic, ” he mentioned. “I feel contribution-wise, we hope India will contribute important double digit development to our market. Nearly all of (the expansion) might be in Asia proper now.”

Riad revealed that the airline can be engaged on plans to reinstate routes to Indonesia, Philippines, Vietnam, and Thailand in anticipation of their border reopening.

“Indonesia is opening up and hopefully by subsequent yr, additional border reopenings will occur. Planning-wise, every part is in place and I’m comfy with what we’re doing in the meanwhile,” he added. – Bernama